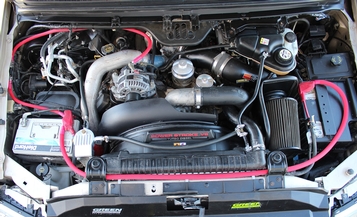 Run a wire, preferably with an inline fuse in it, from the stud on the back of the alternator directly to the passenger side battery. Augment this with a wire from one of the alternator mounting bolts to the vehicle frame. Doing so will allow the maximum current from the alternator to reach the batteries.

Although it has for years been speculated that there is a relay or other current limiting device between the alternator and the batteries that didn't allow charging to occur until after the glow plugs turned off, the majority of the basis for seeing battery voltages stay in the 11.9-12.1 range for up to two minutes following engine start up is the alternator's inability to keep up with the load placed on the system from the glow plugs (a STRONG reason for a larger alternator - see the next tip). The alternator uses an internal voltage regulator to limit current flow to that required up to the limit of the device. The only external control is in the instrument cluster, where a charge indicator light is intended to illuminate in the event of alternator malfunction.

With an OEM alternator (though see #14 in our Tips), use not less than 4 gauge wire. With something bigger, go bigger. Many use our 1/0 wiring (about the size of your thumb) for this task.

Think about augmenting the battery interconnect wire as well.  We offer a 4/0 wire for this task.  The upshot here is that many a dead 6.0 battery is a passenger side 6.0 battery.  Because both the starter and glow plugs are hard wired to this battery, much is asked of it.  Though the 2 gauge factory interconnect wire is close to what's needed, bigger is better. 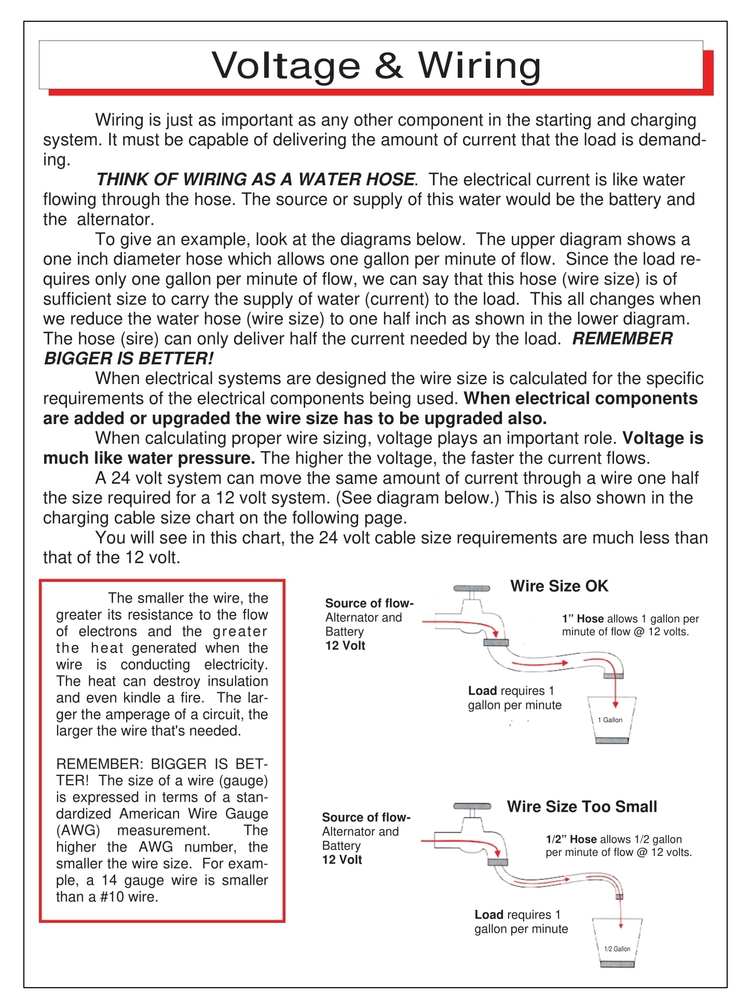