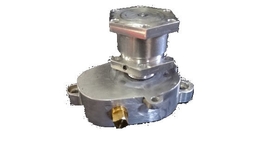 Back flush the oil cooler and migrate to an ELC coolant to save both your oil cooler and EGR cooler. Migration to an extended life coolant that is CAT EC-1 rated, such as Delo ELC after a complete multi-pass flush that includes a chemical flush with VC-9 (Restore) and Restore+ followed by a back flush of the oil cooler and heater core. An excellent write-up can be found here. Additional supporting steps are here.Keep in mind that you only want to fill your degas bottle (coolant reservoir) to the minimum line. Filling it to the maximum line is overfilled, and it may push out of the cap. This is typically an indication of a much larger issue but can easily be fixed by maintaining a slightly lower level. This process ultimately brings back the effectiveness of the oil cooler to actually cool the oil, but perhaps more importantly prevents the limit of coolant flow into the EGR cooler which is responsible for so many EGR failures!

To see if your oil cooler is clogged, compare your engine oil temperature against your coolant temperature using gauges. A properly functioning oil cooler will result in oil that stays within 10 degrees of the coolant when driving at freeway speeds not towing. A delta of 11-15 degrees under these conditions means that your cooler is at least partially clogged. Once the delta exceeds 15 degrees, few have had success clearing the blockages with a back flush procedure, though there is logic in performing it to try and, regardless, as a way to flush the system out prior to replacing the oil cooler.

During these steps, or perhaps after or even instead given how very much easier it is, consider the use of the oil cooler back flush valve (pictured) to forcibly remove contaminant.  We've had customers come back from differentials as much as 40 degrees with this valve!